The B Side of the Label 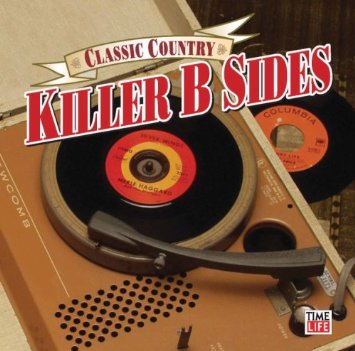 Picture for a moment that there are two sides to everything you do, everything you are, and everything you will become. There is an A side and a B side. For others, there might be a third side, but for moment, let’s categorize ourselves into an A and a B side. In the not to distant past of vinyl albums and cassette tapes, there was an A side and B Side too. Often, people presumed that the B Side of the record or tape were the less popular and not as polished recordings of the musician. In reality, the songs on the B side of an album were put there by producers in many cases and not by the artist themselves. There are many examples of the B Sides having unsung hits that have gone on to make the album better than any song on the A side. In a manner of speaking, it was the B side hits that made the artist more than a one hit wonder.

This morning at 3 AM, I was reminded of this as I woke up from my sleep.  As usual, I was asleep on my favored side, the A side if you will.  As I woke up, I thought it would be good to balance myself out and let my body sleep on both sides, so I rolled over. Unknowingly, I was setting the stage for this blog post. I realized this morning that it is not only the body which needs the A and the B side to be played for balance, but the brain needs to have this as well. Actually, every part of us need to have both sides used.

We all have an A and a B side to ourselves. Most of the time, we play our A side. It is what everyone presumes to be our strong suit, our biggest hit, and in many cases, it is what people know us for. For some of us, that means we play our design side. For others, we play our project management side. Some others play their marketing side. But, the fact is that we all have a multi-track album that deals with other facets of our abilities. Some of the tracks, the more popular ones in this case, reside on the A side, and some of the tracks, the less played ones, reside on the B side. If we are not careful, we get lazy and fail to get up and flip the album or the tape over and play the B side. We fail to recognize that we have not played those sides of ourselves, and it is important that as well-rounded architects, we play all our tracks.  Sure, we are going to have one tune or track that gets played more times than the others, but if we fail to play any of the other songs, especially the ones on the B side, we become stale and our work becomes expected. We cease to be the well rounded person that an architect is and should be. We become the one hit wonder.

I recently had the pleasure of listening to some people voice their likes and dislikes of the architectural registration exam (ARE).  Some ask why they are studying this and when they will ever use a particular item they are studying. The key is that we don’t know when we will use that song from our album. The exam is geared to educate and test us on being that well-rounded architect. Sure, there will be things we excel at, things that will be a breeze for us, because that is who we are, but there will be things we learn in our careers, which force us to understand what we are and that we are more than a one hit wonder.

As a principal in our office, it is part of my job to make sure our staff are as well-rounded as possible. We look for this in the people we hire and we inspire it in the students that join our firm to become professionals. We even try to encourage our partners to stretch their abilities again from time to time. We push them to learn or do things they would not normally do. I recently did just this in structuring a proposal for a project potential. It was not easy by any means because, while I knew what I had to do, I was out of the habit. I realized in that moment, I had NOT played this track enough in my life. Perhaps a salient learning moment for myself, I now saw a chance to stretch my abilities and be a more rounded person.

Sit back and reflect on the music in you. Think about what songs you play most. Then, think about what songs you have not heard playing in a while. What did those songs tell you, and what can you gain by listening to them again? Maybe you won’t ever know all the words to every song, but it sure is useful when you enter a meeting and have to name or “play that tune” to at least know all the tracks on your album.